I don't know if I've already mentioned that I've given up work. What with that and Spring being well under way, I'm out in the garden more and so am taking more notice of the chickens.

One thing I've noticed is that our older girls, Fudge and Frodo, have mucky bottoms. 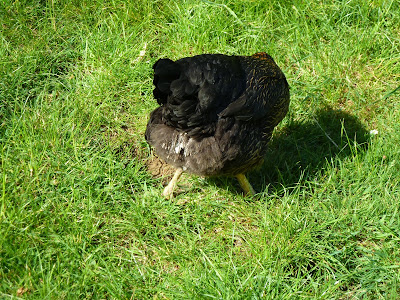 They've been like that for a while, but now I've got more time I started to think I should try and do something about it.   I read on-line that muck around their vents can result in fly strike.  I also read that improving the bacteria in their gut by giving them some live yoghurt can solve this problem, so that's what I did. 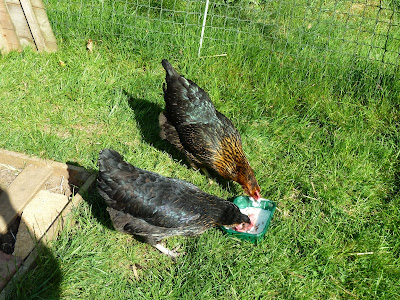 I think I may need to given them yoghurt a few times before they're likely to get better. I've also read it's a good idea to give them cider vinegar in their drinking water. So, let's see what happens. 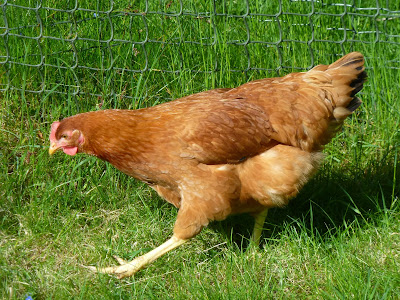 Meg started laying just over a week ago and hasn't had a break so far, so we've had 8 eggs from her to date.  They've started nice and small. The one on the far right is from Frodo. 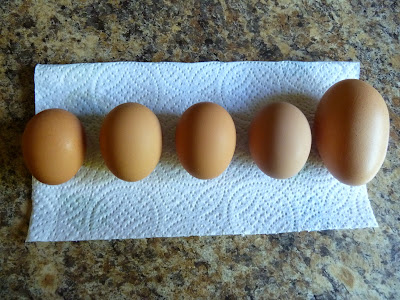 Some days we are lucky enough to have 2 eggs now.  Frodo takes a few days off from laying and then lays for a few days. 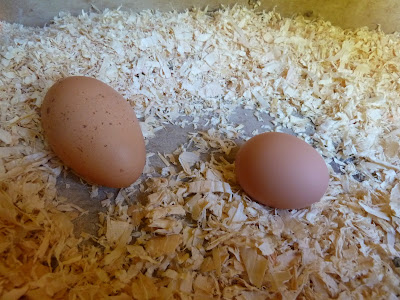 Tomorrow I'm hoping to have some exciting news.
Posted by Karin at 21:49

I look forward to reading your comments, it's always good to hear encouraging words or relevant hints and tips.