Our Garden at the End of July 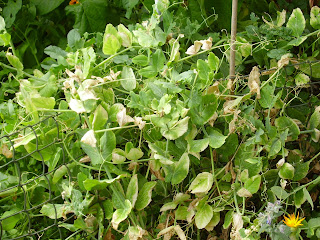 We went on holiday for the first two weeks of July and left our garden and the chickens in our daughter's hands.  The chickens seem to have been looked after well, showing no signs of having missed us.  The garden on the other hand was clearly in need of water as it had rained very little in our absence and watering plants was clearly not too high on our daughter's list of priorities.  Most plants did survive though.  The main victim seems to have been the peas as they had been flowering profusely when we left but there was only a handful of small pods to be found on them. 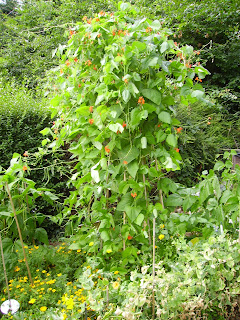 Now we've watered them the runner beans and French beans are starting to produce a good crop and we've had one meal with a good helping of beans already. 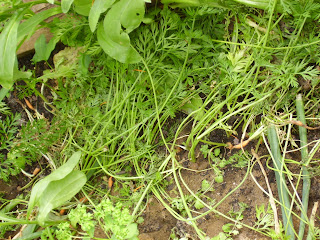 The onions are looking a decent size, we have yet to investigate the potatoes, but I was very disappointed to see that something has been digging up my carrots, most of which are still tiny. 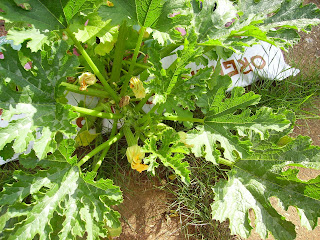 My courgette plant, which I'm growing in a grow bag this year as I was short of space in the veg garden, looked very unhappy with some brown leaves and fruits that were not doing very well, but after some tlc, particularly water, it is looking much better and we have four courgettes for tonight's dinner, with a few more still growing on the plant.


The tomatoes seem to be doing quite well this year, so far. I have two Ailsa Craig plants in an open container on the left and some cherry tomatoes in a grow bag inside a 'grow house'. 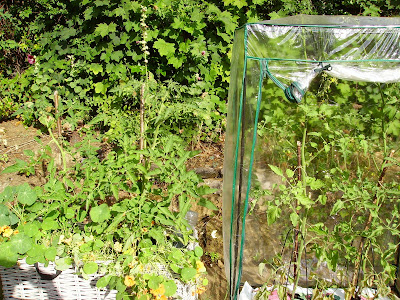