We decided to buy a couple more chickens last weekend as we're only getting one good egg from our other two at the moment. Fudge hardly ever lays an egg with a decent shell, so it is being eaten before we can get to it.

We've tried giving her extra oyster shell, but that hasn't worked.  I'm wondering if it could be due to a combination of lack of sunshine and her dark feathers not allowing her to make enough vitamin D to absorb the calcium in her diet. On the advice of the woman we bought the chickens from we're going to try calcium tablets with vitamin D to see if that helps. She suggested we mix one into the feed every other day for a week.

There were lots of chickens to choose from: 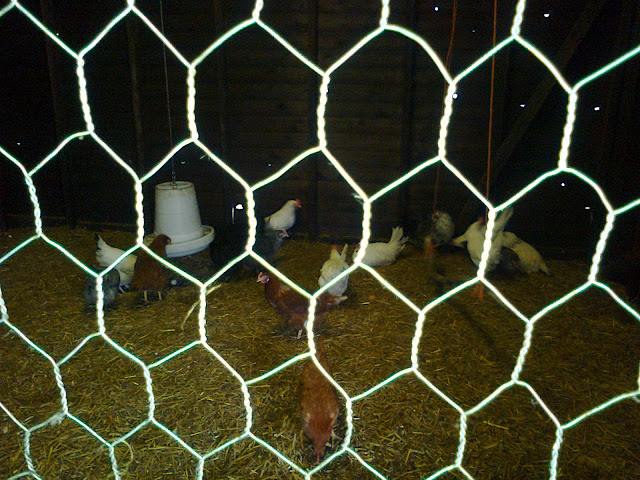 While we were at the farm we saw this handsome Buff Orpington cockerel: 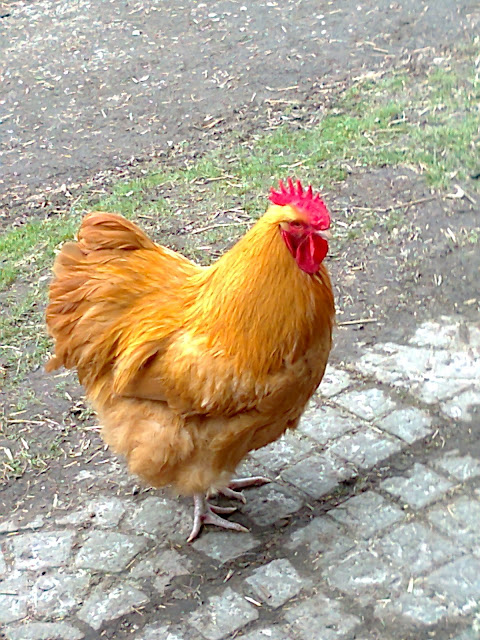 When our chickens were in the cat basket he seemed to take quite an interest in them, walking around and around the basket. 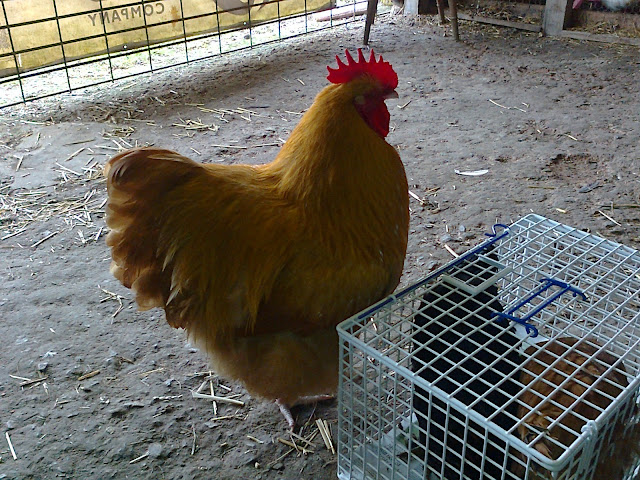 Spring Is On Her Way

So, March is upon us and Spring is already on her way. I thought it was high time I let you know what is going on in our garden.

Spring flowers are beginning to bloom: 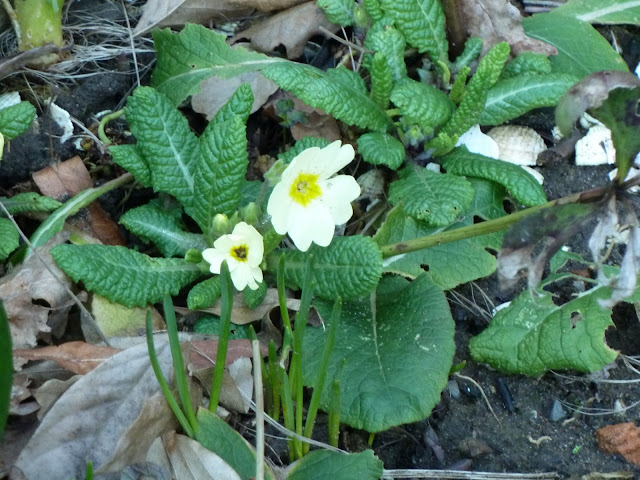 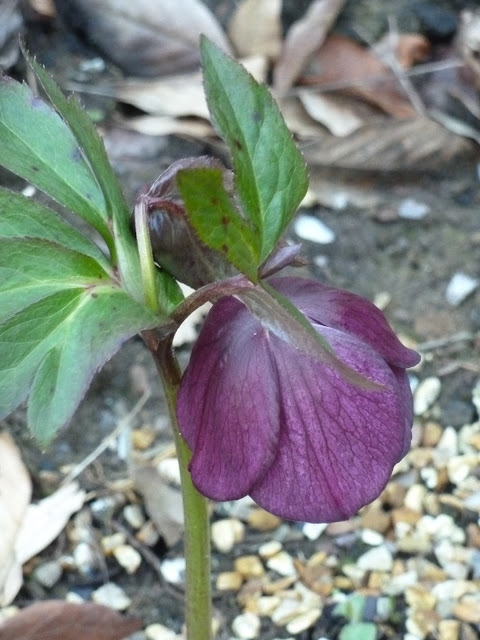 I spotted this iris growing through some white heather 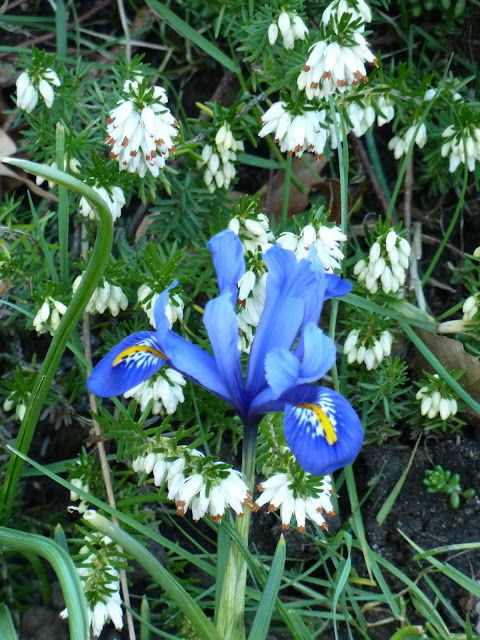 and a cyclamen peeking through some straw or dead grass. 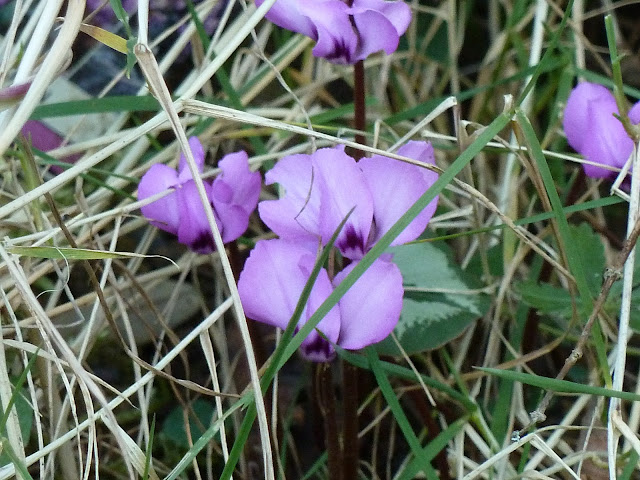 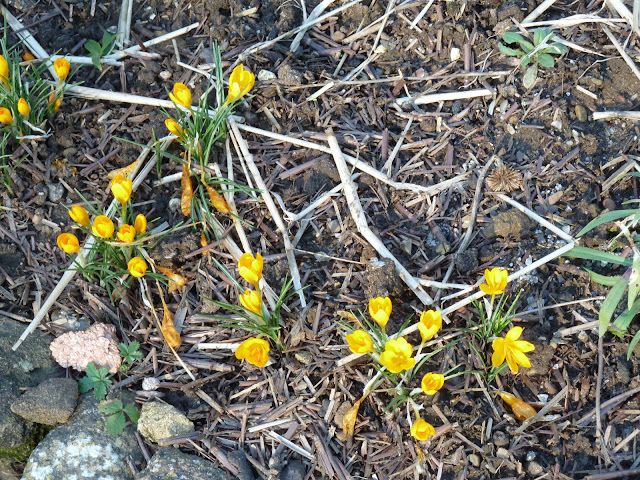 I took these photos a couple of weeks ago when we had a lovely sunny day and a number of honey bees felt it was warm enough to venture forth. This one was checking for pollen on this daisy. 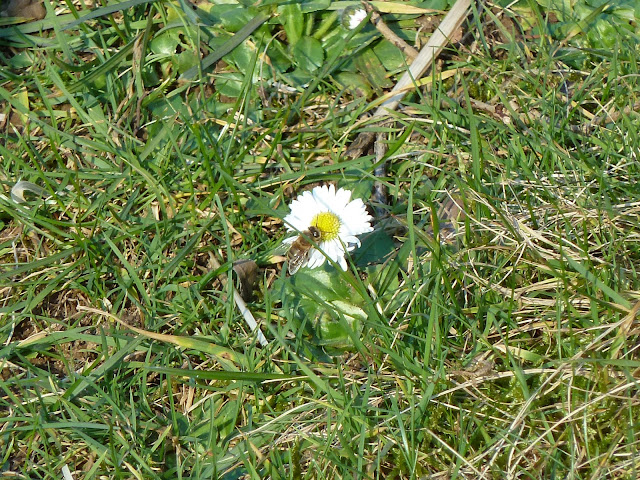 That day, I also spotted this robin trilling away in the hedge 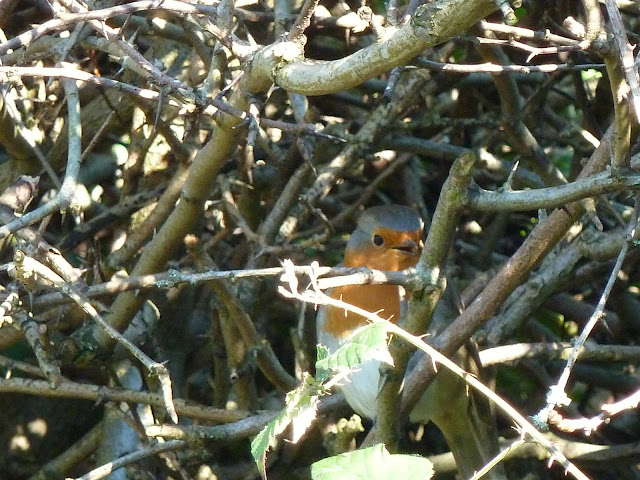