The Fruits of our Labours 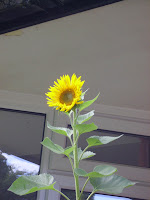 I'm afraid I've been busy lately, but I thought it  was time I reported some of the things that are going on in our garden. 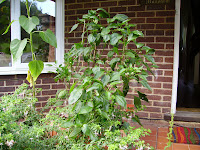 The green peppers are doing much better this year, too.  I only planted three in the tub, whereas I think I put 5 last year, because they were called 'mini bell peppers'.  In fact the one that is doing best is one I bought at the Hampshire Green Fair earlier this year. 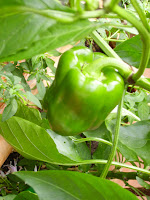 I was pleased to see at least one decent sized pepper on the plants a couple of weeks ago and now I have several more, so I'll not be needing to buy for a few weeks. 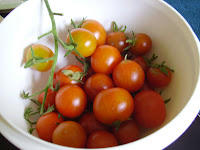 I've also been pleased with my cherry tomatoes this year as I've managed to harvest several punnets of ripe ones already. I've grown them in a 'grow house' and kept them zipped up most of the time, whereas in previous years I've thought it was only necessary to close them up when the weather was cold. I'm still waiting for the uncovered Ailsa Craig's to ripen. 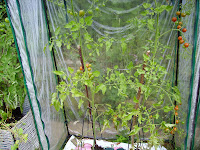 Click Here to Continue Reading
Posted by Karin at 21:39 2 comments: