As I was saying, things are growing quite well in the garden at the moment.

The broad beans are nearly over now, with just a few pods left to pick. They were a bit disappointing as we've only had one decent meal from them. Partly the rows are shorter than last year because this year's bed is smaller, but also there were a few gaps in the rows and I didn't plant any spares. The pods weren't all full, either, which may mean their weren't enough bees about to pollinate all the flowers earlier in the year. 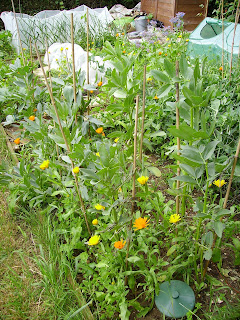 Hubby's runner beans got off to a slow start, but now seem to be doing nicely. 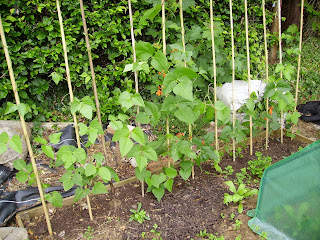 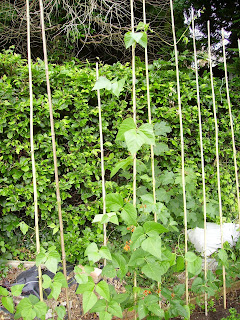 His peas are looking good, too, although the second row isn't coming along too well, possibly because they are shaded by the first row, and now the ash is in full leaf it is shading that bed quite a lot. 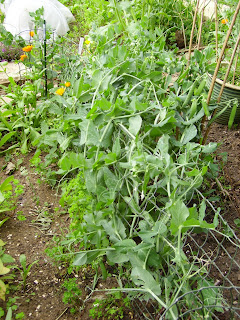 I've also planted two different varieties of French bean, which haven't been in long, but look OK so far. 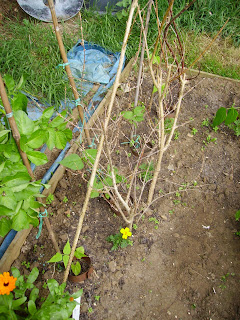 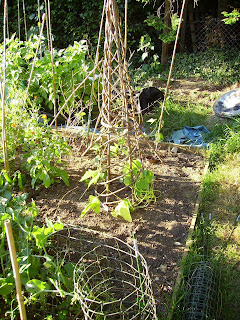 Who set the hens off?

I happened to have the camera handy when the chickens started this noise the other day. I guess something startled them, but I'm not entirely sure. Whatever the reason, it struck me as rather amusing.

I'll have to remember not to say anything when making videos in future.
Posted by Karin at 11:54 3 comments:

The last of my Spring cabbages

Things are growing quite well in the garden at the moment. I just harvested the last of my pointed cabbages, which had been attacked a bit by a couple of slugs and some tiny green maggoty things. However, this was the worst one, most of the others only showed slug and snail damage on the outer leaves, which we don't eat. 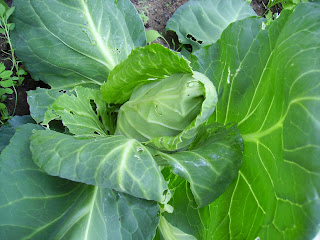 I had covered them over with a small fleece tunnel, which successfully kept the pigeons and caterpillars off. 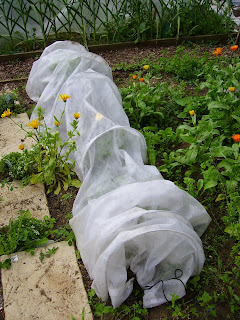 Also copper rings kept the slugs and snails off until the plants got bigger and the leaves flopped over the rings. 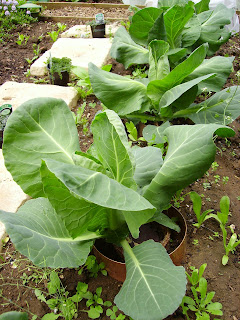