So, we are still keeping chickens and have been for 6 years now.

At the beginning of this year we had 2 Black Rock type chickens, Frodo and Fudge. Fudge hasn't laid an egg for over 2 years and Frodo stopped before Christmas, but thankfully has now started laying again.


We've had Fudge 3 years now, and Frodo, 2.  We bought them each as a pair of chickens. Fudge came with a Bluebell called Smokie and Frodo came with a Columbian Blacktail called Bilbo, neither of whom lasted very long. Smokie convulsed and died dramatically before our eyes and Bilbo also seemed to have a heart attack.

Last Saturday morning we decided to buy some more chickens and went to Surrey Poultry in Ockham where all the chickens, including the pullets, were free ranging. We decided on three young girls, 16 to 18 weeks old, so not quite ready to lay.

Cindy seems to be the eldest of the three as her comb is pinker and better developed. She is a Speckledy, so is a cross between a Cuckoo Maran and a Rhode Island Red. 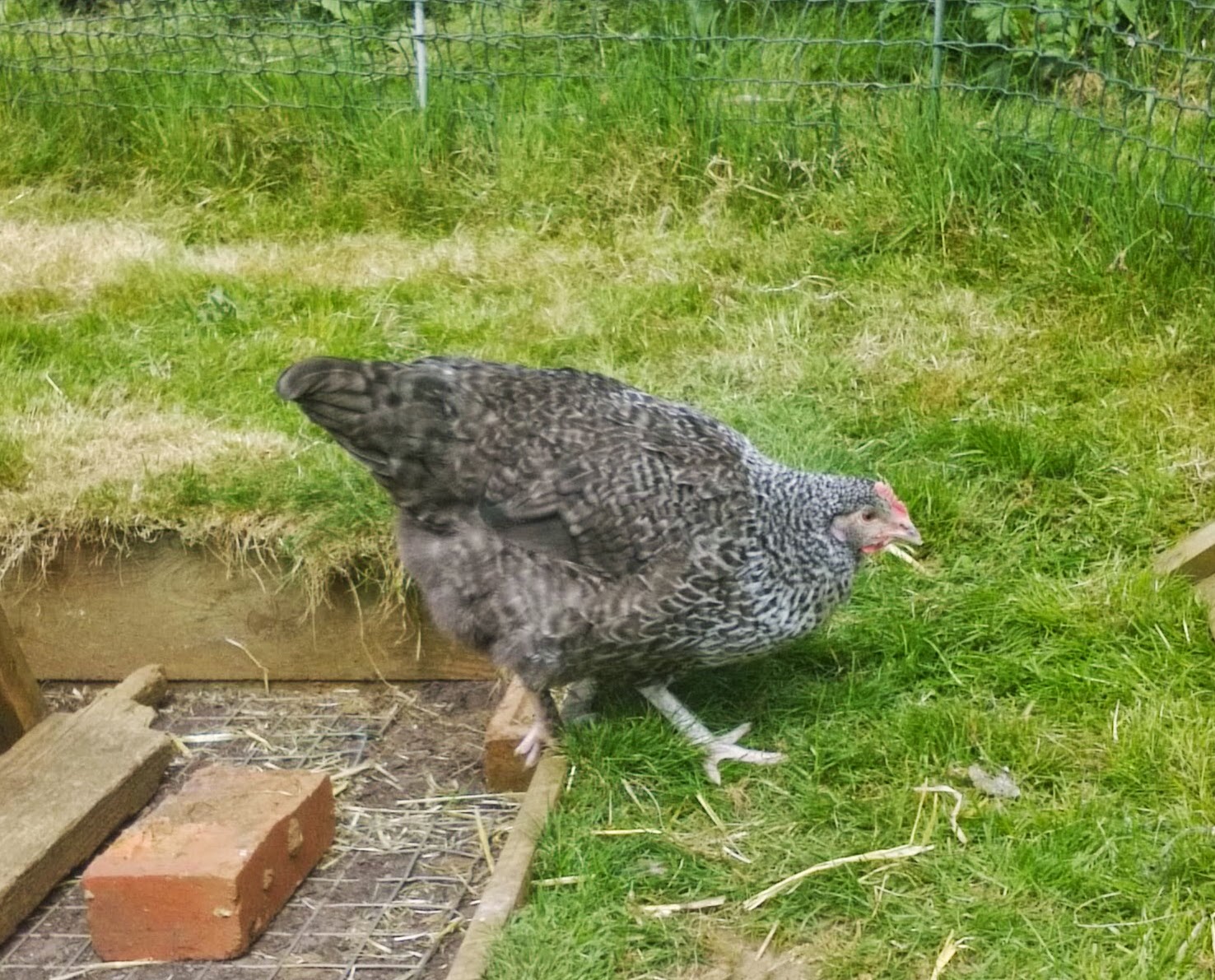 Stella, our Amber Star is very tame. This breed is based on the Rhode Island White, or Red, or maybe both. It's hard to find out on-line. Last but not least is Meg the Blacktail, with Rhode Island Red and Light Sussex in her parentage. 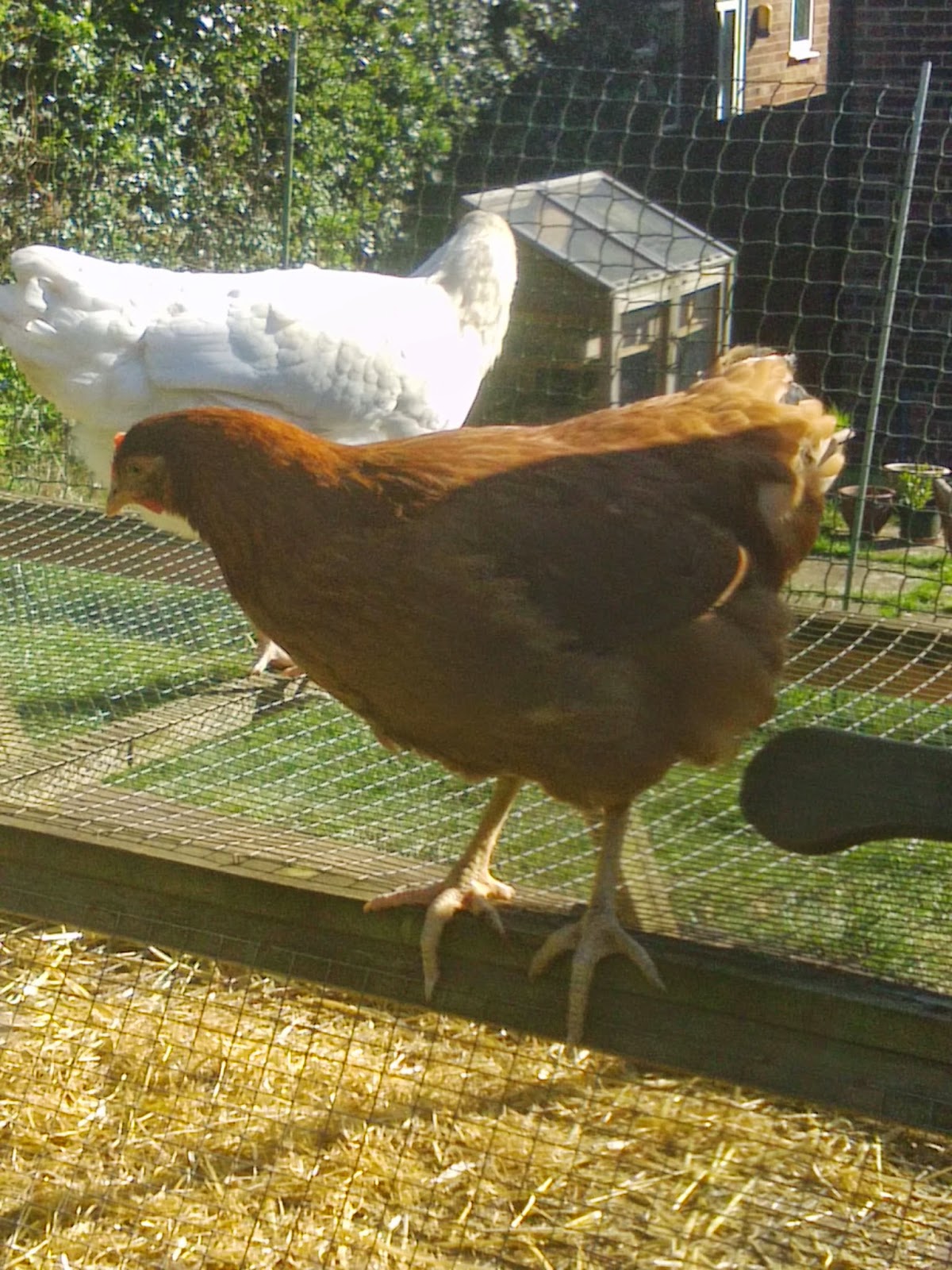 All three chickens from Surrey Poultry 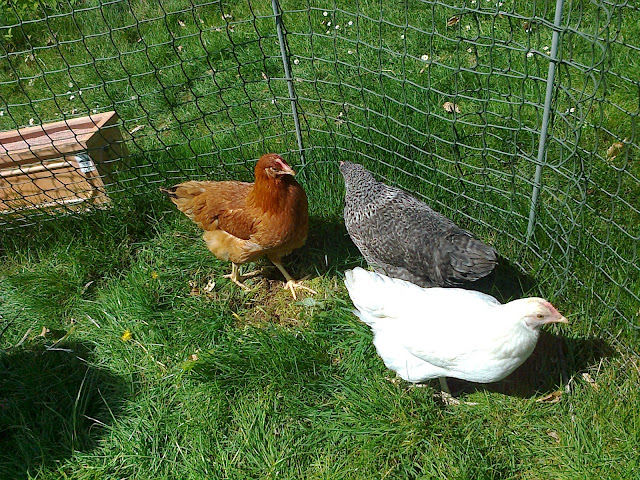